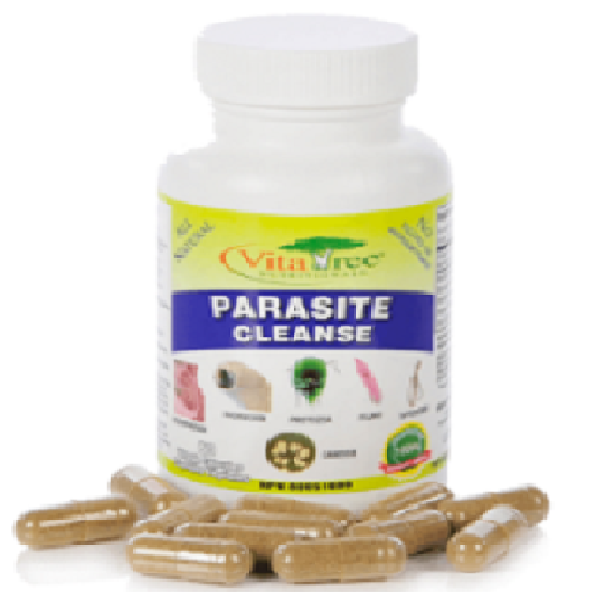 VitaTree Parasite Cleanse, works very gently, yet powerfully to kill these harmful organisms, without having the negative side effects of upset stomach and diarrhea.  What most people don’t know is that parasitic infections cause many health concerns and diseases without them knowing and doctors often miss this very important link to the causes of many diseases. Just some of diseases that are now linked to parasite infections include: Heart disease, diabetes and digestive upset.

Malarial infection has devastating health effects for many Africans. The VitaTree Parasite Cleanse is designed to kill most known parasites in humans and animals, intestinal worms are leading cause of most deadly diseases found in the African continent today. Some of these worms can be listed as follows; Tapeworms, Ringworms, roundworms, protozoa, candida, hookworms and  malaria parasite, VitaTree Parasite Cleanse will prevent and kill most of these parasites without the negative side effects associated with the anti-malarial and other anti-parasitic drugs.

The following symptoms are common for those who have parasites and don’t even know it. The list contains the most common symptoms of parasites, but by no means is a complete list, as there are hundreds of symptoms that are related to human intestinal worms, candida and various parasite infections in any internal organ and blood.

VitaTree Parasite Cleanse is considered the best parasite cleanse on the market because it is gentle, effective and powerful at killing the unwanted parasites in the body.  Formulated by Naturopathic Doctor, Janine Bowring, after years of clinical experience working with her patients, in which parasitic infection and candidiasis were so prevalent, even in Canada. Most people think that parasites only occur in hot tropical climates, but Dr. Bowring found this to be quite untrue, and her patients in North America benefit greatly from her Parasite Cleanse Formula to kill their unwanted parasites and candida, with no negative side effects, and get them back to ultimate health quickly.

Clove (Syzygium aromaticum)- Helps to dislodge parasites from the walls of the intestines, and kills them, also kills the eggs by bursting their outer membrane.

Take 2 capsules, two times per day for 2 weeks, take a break for 2 weeks and repeat. During the 2 week break, it is highly recommended to follow a protocol using VitaMucil and VitaDetox to eliminate the dead parasites and eggs from the intestines and internal organs.

There are no reviews yet.

Be the first to review “Parasite Cleanser” - Cancel quote

Sorry, we aren't online at the moment. Leave a message.

We'll get back to you as soon as possible.
Login now

Help us help you better! Feel free to leave us any additional feedback.

How do you rate our support?